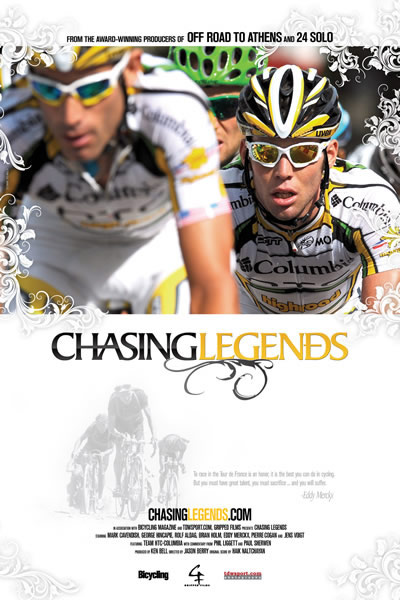 Limited posters available at the event!

…and their contributions help OCBC make Orange County a better place to ride!

The Video is now on Sale. Here is some more information.

Chasing Legends gives you cycling heroes as you’ve never seen them before, through an intense and personal glimpse inside the most winning professional cycling team as told by legendary riders, current and past.

Using a multitude of high tech, high def cameras mounted on bikes, motorcycles, helicopters and team cars, Gripped Films will also include historical race footage, artistic travelogue of the European countryside and villages with narration from the voice of cycling for the USA, Phil Liggett and Paul Sherwen.