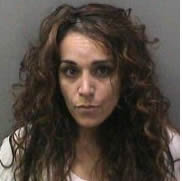 Hasti Fakhrai-Bayrooti, 39, of Rancho Santa Margarita, is charged with one
felony count of vehicular manslaughter while intoxicated.

Santa Ana — Irvine attorney, Hasti Fakhrai-Bayrooti was indicted Tuesday of vehicular manslaughter in the March 15 killing of cyclist Eric Billings, who was riding eastbound the bike lane on Santa Margarita Parkway.The District Attorney believes Fakhrai-Bayrooti was under the influence of two prescription drugs when she drifted into the bike lane at approximately 6:45pm that evening.

Vehicular manslaughter is a felony offense when the driver is under the influence of drugs or alcohol. She is alleged to have taken both Xanax and Suboxon, a drug prescribed to help addicts get off opiates. If convicted she faces 4 years in prison.

Eric Billings was a father of four, owner of Quest Construction, and a beloved member of the Mormon Church known for mentoring teenagers and adults in the community.