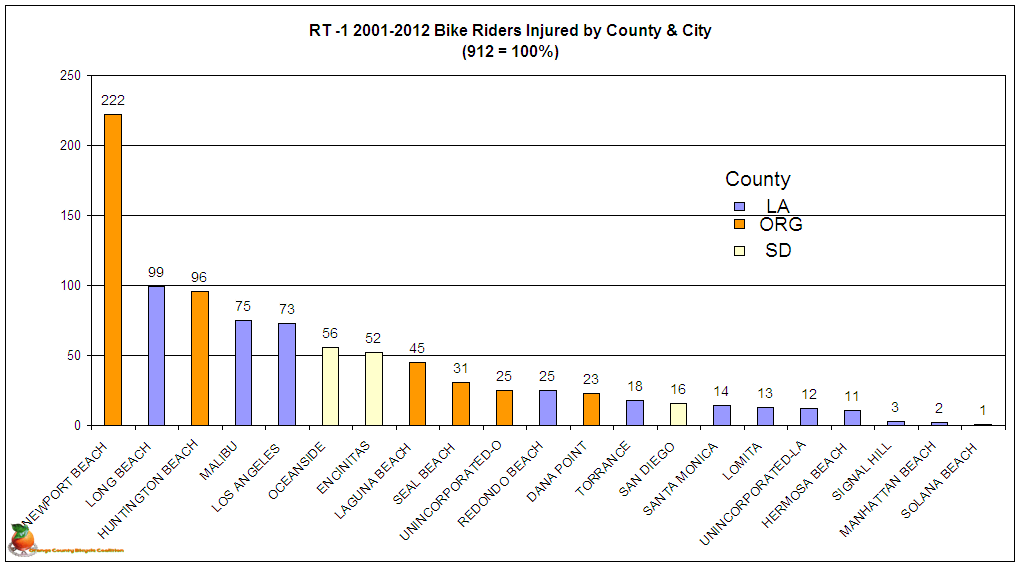 A while back we wrote about the Idaho Stop Law in our post about Why Cyclists Run Red Lights and are pleased to discover that an American export has taken hold in Europe.

Paris (France) is the latest city to experiment with allowing people on bikes to proceed through red traffic lights after first making sure it is safe to do so, and holding cyclists responsible in case of a collision.

Signage posted on the traffic poles will inform riders of their options, and is considered safer than having dedicated cycling lights installed.

Bike riding has soared in Paris since hundreds of new cycle lanes have been added and the availability of the ‘Vélib’ rental bikes encourages commutes, errands, and even city tours by bike.

Thanks to the increased availability of safe cycling lanes (sometimes against traffic) and the availability of cycles to ride on them by tourists and locals alike, problems arise at intersections with masses of bike riders crowding around cars and filtering up to the light.

When the light changes, cars must re-navigate their way around the riders until the next light and so on, until tempers flare and frustrations boil over to confrontations.

According to the municipal authorities, “It makes cycle traffic more fluid and avoids bunching up cyclists when the traffic lights go green for motorists.”

Outside the capital, the law has been tested in the cities of Bordeaux, Strasbourg and Nantes where, “these experiments have led to no rise in the number of accidents,” according to Paris’ town hall.

Commuters love the idea as it saves time in their commute and is less stressful.

France is the latest country bringing a piece of their own “private Idaho” into their borders.

The law has already been adopted and is in force in Belgium, Germany and Scandinavia (Denmark, Sweden, and Norway).

Even as we continue to add cycling infrastructure and bike rentals around the south-land, (with 23 funded projects set to begin), the atmosphere of mutual respect for users of our roadways is lagging the countries mentioned above, not to mention several other states!

With appropriate planning and consideration for Complete Streets, perhaps the current entitlement attitude expressed by the few, will bloom into the realization that roads are for people, and with the expected increase in density on our roadways, we may experience a private Idaho of our own.

Hopes of the Governor signing the watered down “3 Feet Bill“, or Senate Bill 1464 by Sen. Alan Lowenthal, D-Long Beach, were dashed when he vetoed the bill on new-found fears of state liability in the event of a collision. The governor wrote in his veto message that, “Crossing a double yellow line is an inherently dangerous act that increases the risk of head-on collisions”, and noted that the law could result in the state being sued if such collisions occurred. While the section allowing drivers to cross a double yellow traffic marking remains unchanged from its first incarnation, and having been vetted by both houses twice, the Governor’s fear of lawsuit, (or protecting the assets of the state depending on your view) prevented him from signing the Bill into Law.

About 20 other states have a “3 Foot Rule” so there must be some precedent to indemnify the state from  motorist collisions resulting from passing a person riding a bike. 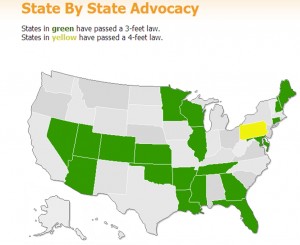 So despite the lack of a 3 foot safety buffer, there are less drivers likely to infringe on a bike rider’s “space”, and even people that own a car are using their bicycles more. The decreasing number of drivers, or those willing to drive is shrinking the states’ revenue stream from motor vehicle operation.

And we pointed out in an earlier opinion, the trend in decreasing motor vehicle use will create a funding gap for the nation and the state, that will trickle down to the city that we illustrated here.

Documents expected to be provided by the President’s Deferred Action for Childhood Arrivals program were not approved by California’s list of specific documents to obtain a drivers license, and this Bill adds the documents to the list, thus enabling the undocumented to become documented licensed drivers. Voila! A short lived artificial stimulant is created by increasing the number of people who can legally drive in the state. With the veto of SB1464, are bike riders at risk from these new drivers anymore than they already are?

Assemblyman Cedillo contends that issuing driver’s licenses to undocumented immigrants will enhance public safety by ensuring that they are trained and tested, and making it more likely that they will buy insurance. Or not, as the state of New Mexico discovered after passing a similar law.

From the article, New Mexico State Rep. James White said,””The law was originally designed to increase the number of insured drivers and there really is no evidence that has happened.”

All these “new” drivers are more customers for the gas pump and car market to slow the rate of diminishing revenue to state coffers.

While it would be nice for California to join the growing list of states more interested in their citizen’s safety than maintaining the status quo,  commonsense should prevail among road users so that everyone makes it home safely. Statistically speaking, it is still safer to ride your bike down the street than it is to walk across it.

The “Distracted Driving Bill” or Senate Bill 1310  by Democratic Senator Joe Simitian of Palo Alto would have raised the base fine for motorists who violate the texting or hand-held cellphone bans by $10.

In his veto message Governor Brown said that the increase was unnecessary because current fines and penalties for cell phone (use) and texting while driving are a powerful deterrent, and “I severely doubt that it will further reduce violations.”

Thanks to Governor Brown’s “severe doubts”, we’ll never know if increasing the fine would reduce violations or not.

We’d like to point out if current fines and penalties were such a powerful deterrent, there would be no need for the Senate and House to have spent their time and our money by passing the bill and placing it on his desk.

Sometimes at the start of an event such as your first century ride or Ironman, one has severe doubts about completing the event. The results are guaranteed if you fail to show up and start.

The law applies to cyclists as well, so don’t think that drivers of motor vehicles are getting a pass. If you are caught multitasking on two wheels you may be cited just as equally. With additional “fees” (taxes) tacked on to the fines and penalties, the original ticket cost of $20 to $50 balloons to $213 and $336.

Perhaps the doubting Governor is right; thanks to this veto we’ll never know.

You may thank the Governor at his contact page and use the pull-down menu to select SB 1310 as the subject of your e-mail.