While coming down Antonio towards Ortega the following scenes took my breath away. Welcome to progress! Those “little trucks” in the distance all lined up are actually huge earth-movers, and they are moving a lot of it!

What you are looking at is phase1 of  The Ranch Plan being built on land owned by the Rancho Mission Viejo Company, and the start of construction of what will be 14,000 additional homes in the area. This particular area will be known as Sendero*, a mix of 940 homes, 200 apartments, and a 10-acre retail plaza that’s all scheduled to open next summer (2013). 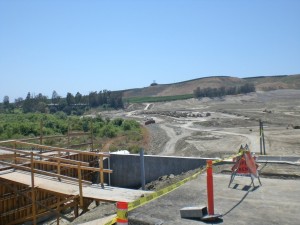 Will a bike lane go through it?

Please note there is a new traffic light right at the “sweet spot” on the downhill that will serve as an entrance to this new community.

The Ranch Plan will consist of:

On the other side of Ortega, a 10 acre development proposal by Shea Homes is being wrangled through the system. With the requested doubling of homes at the Great Park, the proposed development in Santiago Canyon, Rancho Capistrano, the new developments in Lake Forest and San Clemente, enjoy the “back county” rides while you can.

Even though the Ortega highway has been “widened” (except for bikes), one wonders if it’s enough to support the anticipated traffic load, and if not, how soon will the toll road happily take all these paying customers to the beach? Since the toll road is creeping south to end (for now) at Cow Camp Road at Ortega, pressure to complete and connect the toll road to the 5 will build as new residents make their voices heard. La Pata will also get attention (and probably pavement) to fill the open space gap between San Clemente and San Juan.

We suggest improving and extending the San Juan Creek Bike Trail to La Pata to provide a means for all the new residents to ride their bikes to the beach, and when La Pata is completed (with buffered bike lanes?), a direct means to travel to and from San Clemente. With these last build outs, and knowing that 40% of urban travel is 2 miles or less, and  90% of those trips are by car, it just makes sense to incorporate cycling facilities and infrastructure as these new communities are literally built out “from the ground up”.

*sendero: 1) a trodden path, (2) evidence pointing to a possible solution

On 8/13/12 the OCTA issued a press release approving money to improve bike connections throughout the county. Yay!  By our calculation, with matching funds, the amount comes in just under $12.5 million.

23 projects were approved ranging from signage, to serious infrastructure improvements. Here’s a quote from the press release:

“Bicycles are an ideal way to get around Orange County and OCTA believes strongly in improving this mode of transportation,” said OCTA Chairman Paul Glaab, also the mayor of Laguna Niguel. “This is a collaborative effort with cities throughout Orange County and we look forward to providing a better ride for all cyclists.”

We will have more on the details as they become available but here’s a sneak:

Will these projects be completed in time for next spring? Stay tuned to find out!

Wondering where to ride this weekend? 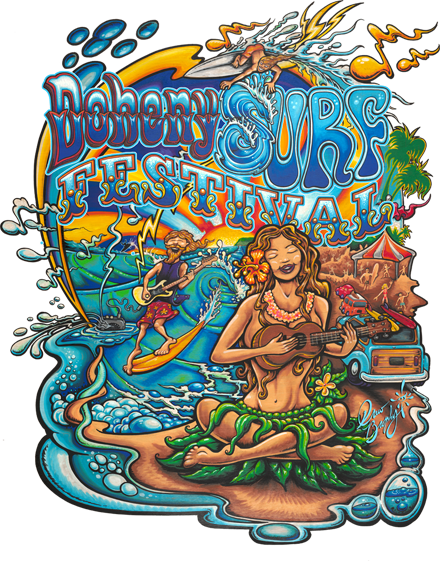 We suggest a coastal route to beat the heat, perhaps to the Dana Point Doheny Surf Festival.  Admission to the event is free except for the concert area; which requires the purchase of a ticket.  Since the stage will be facing the ocean (no doubt to keep “noise” levels down to a dull roar), it might be tempting to paddle out and play with Flipper or dance with a whale while grooving to the tunes.

The two day event is a fundraiser to support local State Parks and beaches, and discount tickets are still available . Since the money raised will stay here in SoCal, it’s almost like paying yourself to have fun! If you have the time, 120 camp sites are available on the southern part of the 62 acre state park , and two day festival passes are available.

Planning a fall tour? This would be a great way to test your gear selection and mad camping skilz before actually heading out. 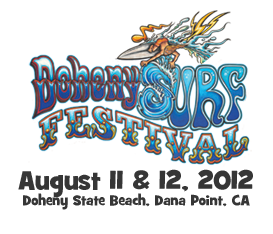 Saturday there’s also a farmers market to stock up on picnic items located in front of Hennesy’s between Bike Religion and Cyclelogical. If your bike needs attention, stop by one of these shops and tell  John or Bill we said “hi”.

Sunday’s market happens a short ride away in San Clemente at the 200 block of Seville and Avenida Del Mar (map) from 9am – 1pm.

How to get there:
By bike of course!
Here’s some ideas:

For the coastal route you may choose our alternate routes through Newport and Laguna Beach.

If you have a suggested route, let us know and we’ll update with the info.

And finally, please sign the petition started by Dana Pointer Julie to create safe bike lanes in Laguna Beach. With your support we will work with both the city and CalTrans (who control different parts of the road) to find a needed balance for all road users. Thanks!

Parking: There is a very long bike rack next to the festival entrance towers.

Regular coastal riders should expect and respect the additional traffic and distractions in the area.

Here are some new changes coming to the OC commute scene as soon as this weekend.

Two weekday round-trips will be added on the Orange County Line between Laguna Niguel/Mission Viejo and Fullerton.

One round-trip will be added on the Inland Empire-Orange County Line  between Laguna Niguel/Mission Viejo and Downtown Riverside.

There will be a Metrolink fare increase  effective Sunday, July 1, 2012, but the Weekend Pass and OCLink Pass are not  affected. Exact increases unknown at post time, but you may check their site for current rates.

Amtrak 10-trip tickets will no longer be accepted on Metrolink trains as part of the Rail 2 Rail program effective Sunday, July 1, 2012, so if you have some use them up tomorrow. Rail Trip!

There will be no Metrolink service in Orange County on Wednesday, July 4, 2012.

OCTA stopped selling 15-day regular and 15-day senior/disabled passes in January 2012.
If you have a 15-day bus pass, please use it before the end of the year.