“People view me as a highways guy but I’ve always supported transit and active transportation.” 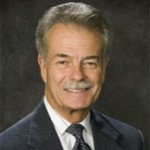 March 01, 2013 – Orange CA  So says Orange County Transportation Authority CEO, Will Kempton. stepping down now after three years on the job. While many transportation executives turned a blind eye to bicycles, Will brought advocates and environmentalists to project planning tables before the first spade of earth was turned.

When Will came to OCTA in 2009 it was understood that he’d be a short-timer. But as the Director of Caltrans under Schwarzenegger he brought a stellar record of financial management which OCTA needed– and bicyclists got a bonus: Will’s commitment to bicycle transportation. Under his leadership OCTA sponsored Bike to Work Week, created Bike Fest in Huntington Beach, added bicycle cars to the Metrolink rail fleet, and launched the most ambitious bikeways expansion project in the county’s history.

So how does a high level highway executive become a champion of cyclists’ rights?

It helps to know where he’s from. A native of the state capitol, he spent 12 years on a career track at Caltrans where he rose to the role of chief lobbyist in Sacramento and Washington DC. But in 1984 he saw the perfect job opening as Director of Santa Clara Valley Traffic Authority at the base of San Francisco Bay. With a political climate he describes as “progressive,” he ran the first sales tax funded transportation program in California, building three freeways and a transit network through burgeoning Silicon Valley in under 10 years.

We sat with Will Kempton in OCTA’s 11th floor conference room with snowcapped Mt. Baldy to the north, the sun dipping into the Pacific to the south. 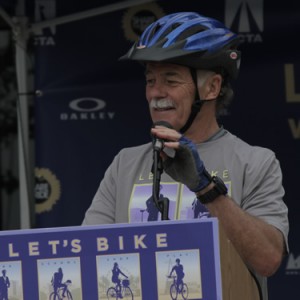 Will had OCTA take on Bike to Work Week to showcase county investment in bike and pedestrian modes.

“I got my first real life exposure to active transportation during my seven years in Santa Clara County. I recognized early on the importance of bicycle and pedestrian improvements as part of a complete mobility program. Many of our projects called for enhanced bicycle and pedestrian access during construction. The politics of the Santa Clara valley was pretty progressive, and the prevailing political thought was receptive to bicyclist needs. We did far more than the state would’ve done.”

Another influence was Carl Guardino, principal member of the Silicon Valley Leadership Group and member of the California Transportation Commission. “Carl is a very avid bicyclist,” says Will. “When environmental documents for projects would come before the commission he was constantly asking about access and design issues for bicyclists.

“Having those people in strategic positions in the decision making process is extremely helpful.”

In 2004 you returned to Caltrans as Director and issued Deputy Directive 64 (DD64) in 2008, making Complete Streets official transportation policy for the state. What motivated you?

“The timing was certainly right,” he recalls. “Designing streets to accommodate varied transit modes is a positive bi-product of the first decade of the new millennium.

“People were recognizing that cycling is a growing movement, and California’s Green House Gas legislation and new law coupling land use and transportation planning gave a boost to active transportation. The public is asking for livable, walk-able communities and all those programs came together.” 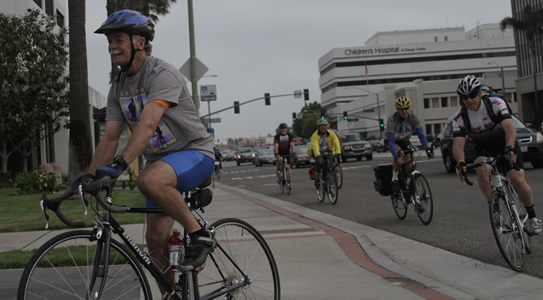 Kempton arrives at OCTA HQ after riding from home, boarding Metrolink to Orange, and biking from the station.

“Some may have thought it was not appropriate but for the most part engineering staff accepted it. Most of the jurisdictions like it because it was billed as a flexible tool, saying you need to consider these other modes in your design.

“Granted, some decision makers may rub their chins twice and call that consideration. But we had cities coming to us who wanted to redo their Main Streets to encourage more economic vitality. Those streets were state highways. I said, “If a city wants to do this, it’s their Main Street, how can we work with them to make it happen?”

“There are some old line hardcore engineers who might say ‘Safety! You have to have 12 foot lanes, shoulders have to be so wide, and so on.’ But there’s a strong foothold for accommodation now… and you have young people coming in who refer to DD64 as part of the standard practice.”

Any advice for bicyclists who want positive changes in their cities?

“These sorts of changes need to be incremental over time,” Will says.  “You have to know you’re starting Here and you’re going to get There.

“You need a seat at the table. You need to be pressing your case with policy-makers. And today there’s a good deal of receptivity. Sometimes it means more than simply advocating, it means getting involved to the point you’re sitting on a commission, or running for elected office.

“I would also counsel the bicycle community to speak with a single voice. Collaboration within the bicycle community is absolutely key. Elected officials and others making the decisions where to apply scarce revenue will be more impressed by an organized coalition than by individual or small group input.”

What about priorities, Education vs. Engineering for instance.

“I see cycling and pedestrian transportation as an integral piece of the mobility puzzle, but I also think it is extremely important from the standpoint of health and wellness. If we can get more of our population to ride and walk on a regular basis, we not only decrease congestion, we create a healthier and more productive society.

“So I would start with Education. Within the bicycle community that may mean teaching skills. But to effect public policy I mean raising public awareness, getting people to understand the benefits of active transportation.”

Will Kempton is moving back to his beloved Folsom, near Sacramento, but retirement plans have been postponed once again. He’ll be heading Transportation California, a brand new non-profit seeking funding solutions for California’s highways, railways, airports, and yes– bicycle facilities.