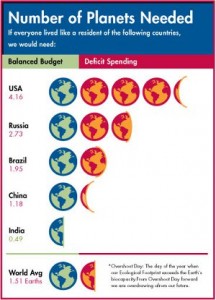 An agenda item (#14) on the Laguna Beach City Council meeting on August 07, 2012 at 6:00 PM  recommends installing half the previously recommended number of bike racks with hoop and wave style bike racks to increase the availability of bike racks within the city.

Currently throughout the city there are racks for 40 bicycles in the downtown area and 47 at City parks.  Some areas not eligible for racks for various reasons are the Post Office Mall, the Sawdust entrance, Albertson’s Shopping Center, and Starbucks just to name a few.

If the CityCouncil approves the planned (and funded) recommendation, 29 new racks will be installed and monitored for usage to determine the next year’s budget outlay for additional racks.

While increasing bike racks in Laguna Beach is great news, given the artistic talent readily available within the city, couldn’t Laguna Beach commission artistic and functional bike racks like Carlsbad and Long Beach?

Let the Council know your opinion at the meeting tomorrow evening!

Here are some examples of functional (and fun) bike racks:

Some businesses in Long Beach even ask for “themed” bike racks to be installed because they recognize the value of attracting cycling customers. Dog bones, coffee cups, hearts, and guitars are just some of the designs possible (and in use) in Long Beach. Laguna Beach deserves better than the tired, boring, and (in the case of the wave design) mis-functional bike racks. Creative bike racks balance function and form to create an inviting atmosphere and lend character to a business, village, or city.

June 23 marks the opening of of rental bikes in Anaheim which the OC Register
reports about here.

Anaheim is permitting the use of public land, with Bike Nation USA initially contributing $1.6 million to develop their solar powered bike stations.One of several companies owned by First Pacific Holdings (based in Tustin and New York), Bike Nation USA plans to initially stock 100 bicycles at 5 public venues, and expand its presence through crowd sourcing applications through their presence on the web at their website, or facebook to suggest additional locations for their bike rental kiosks.

Will it make money? Typically when public assets are privatized, there’s plenty of money to be made! As Danielle Kurtzleben highlighted in U.S. News & World Report, and carried by the Chicago Tribune, one of the most seemingly successful bike share programs in the country depends on federal (public) money to make ends meet.
Hopefully that won’t be the case here in the OC, or in Los Angeles this fall when Bike Nation USA is set to open, and grow to 400 kiosks with 4,000 bikes over the next year and  a half.

Damien Newton over at StreetsblogLA posted the results of questions asked to Bike Nation USA by his readers here. The cost benefit analysis in the comments are also worthwhile reading.

The constant comparison to the bike share system “Velib” in Paris, fails to mention that the original company nearly went bankrupt supporting the project, and to remain viable, required an extra tax levied in Paris to help pay for it 18 months after its launch. Not that it would happen here, because Bike Nation USA is privately funded and has a time horizon of 10 years.  Of course the original contract in Paris was also for 10 years before it was re-written, apparently the first 2 years are the toughest. Let’s hope Bike Nation USA  did their homework and learned not to repeat mistakes made in Paris with Velib.

After all, what could be better than more bikes on the streets? Won’t this start a positive feedback loop that propagates bicycle wonderfulness county wide? We certainly hope so, but be sure to read the fine print as to who assumes all liability. Chances are very good that it will be you the rider, and in order to arrive safely to your destination, you should acquaint yourself with the rules of the road, because riding against traffic on a sidewalk and getting hurt will be your own fault, and you’ll probably have to pay for damage to the bike.

Let’s take a look at the current scorecard for Anaheim.

According to cyclist collision data from 2001-2012, Anaheim is the next to the bottom of all cities in the county for cyclist injury and death. 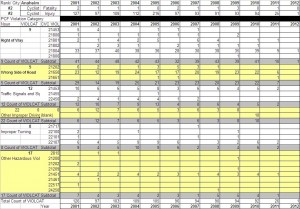 Ranked #2 in the top 10 cities having the highest cyclist injuries and fatalities, Anaheim may sink to last place of safest cities to ride in if people using the bike rentals operate their rented vehicles in an unsafe and unpredictable manner.

The highest cause cited is failure to yield the right of way to other vehicles and pedestrians when making turns, or entering a highway or intersection.  Almost one third of all cyclist collisions in Anaheim could be avoided through simple courtesy. Let the other guy/ gal go first at an intersection, signal your intent before making a turn, and if a traffic signal doesn’t change for you while in the lane, use the crosswalk button to change the light and Blow the Whistle On It.

The next highest cause is riding against traffic, whether on the street or the sidewalk. Remember, you are the operator of a vehicle, and as such you are subject to the California Vehicle Code (CVC) which states (21650.1) in part “A bicycle shall be operated in the same direction as vehicles”.  Can’t get much clearer than that!

Showing courtesy and “going with the flow” will not only make you safer, it will also improve the perception of cyclists by other users of the road. If you are afraid of riding with traffic and subscribe to the pedestrian idea that it’s better to see traffic coming at you, forget it. If you’re on wheels, you’re not a pedestrian, and must operate your vehicle in a responsible and lawful manner just as other vehicle operators should.  If you ride your own, or will rent a bike in Anaheim, set an example and help raise the positive benefits of cycling in general, and cyclist safety in Anaheim in particular.

We can help! You may Contact Us, Blow the Whistle On It, or contact the city from our Street Repair page if there is an issue with infrastructure, or even attend our next bike class to learn your rights and responsibilities on the road, and enhance and practice new riding skills.

The great experiment and question of “if they build it, will it be used” is about to be answered in Anaheim starting June 23rd. We’ll check back when July’s data is available, and thank Bike Nation USA and its parent for taking the initiative (and risk) to improve air quality and  increase mode share, by building out a bike rental network in both Orange and Los Angeles counties.

Title: HB Bike Plan Public Workshop
Location: Central Library – Talbert Room, 7111 Talbert Avenue
Description: Join us at our first public meeting and give us your thoughts
on how to make Huntington Beach a more bike-friendly place.
The bike planning consultants and City staff will be on hand to
answer your questions and record your comments.
Start Time: 18:00
Date: 2012-6-20
End Time: 20:00 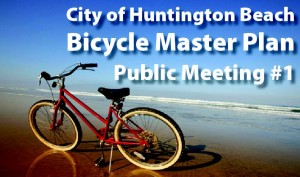 Yeah, it’s a week night and for the early risers it may be a bit late, but try and be represented at this meeting because the future cycle-ability of your city lies in the balance. Despite what most developers tell you, there IS a national shift towards more sustainable modes of transportation and community.

Responsible developers are responding to this shift, so don’t believe your voice doesn’t matter.  “If you care, be there!”

Don’t forget to complete the on-line survey before you go!

Update: Here is our scorecard for the city of Huntington Beach. Surf City is ranked #3 behind Santa Ana and Anaheim for the most cyclist injuries in the county. 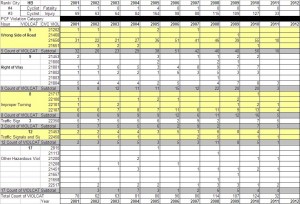 It is tied for #4 with Garden Grove for cyclist deaths behind the cities of Santa Ana, Anaheim, and Newport Beach.

The scorecard also lists the number of traffic violations by count, type, and specific CVC violation  for each year from 2001-2012.