We owe readers an update on the effort to save the long-planned Class 1 trail through the Peters Canyon drainage. Here’s a synopsis to date:

While road cyclists have been traversing the Irvine Ranch roads through the canyon since the 1960s– before the advent of mountain bikes– there was no mention of official access until Orange County Flood Control included the main dirt road and path in its plans to provide a paved Class 1 mult-use trail in the 1980s. 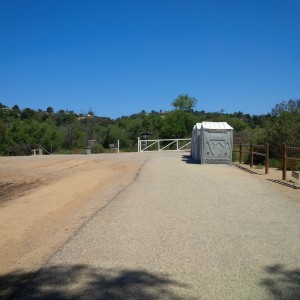 A few years ago Orange County Beaches and Parks took over most Class 1 trails, existing and planned, from Flood Control. And the plan for the Class 1 was included in that agency’s development of Peters Canyon Regional Park.

From the bicyclist perspective everything was fine until this spring when those plans came to light at public input meetings held by Parks. Immediately inflamatory articles appeared in neighborhood newpapers around the Park reflecting the fears of local walkers and equestrians that hoards of “high speed bicyclists” would be hurtling down the pavement “at 35 mph.”

“Don’t pave Peters Canyon,” and “let them ride on Jamboree” seemed the sentiment of those opposing the multi-use trail. 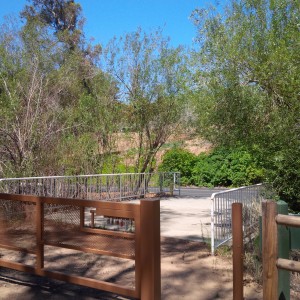 While such statements are NIMBY and bigoted, Peters Canyon’s value as an island of undeveloped land in a sea of suburbia cannot be denied. While a Regional Park, the majority of users come from the surrounding communities, many walking in from public parking areas or via private trails from adjacent gated neighborhoods.

The Park’s dusty trails are well trampled, some quite eroded by heavy use. And while the whine of gardeners’ leaf blowers and mowers, the coming and going of residents’ cars on the adjacent road belies any “wilderness” claims, the Park is for the most part tranquil. The northern reservoir fosters a willow and sycamore nesting habitat for a variety of birds, spring and fall it provides stop-over for migrating waterfowl.

The southern end of the canyon is dominated by a catch basin bounded on the east by a paved service road. A dirt road continues north from there over the upper dam where it once connected with Jamboree Rd.

The plans Flood Control originally proposed amounted to rolling asphalt over that main service road/ foot path. Today that would not be acceptable. Whatever plan is ultimately adopted, the rural experience of the Park for pedestrians and equestrians has to be respected. 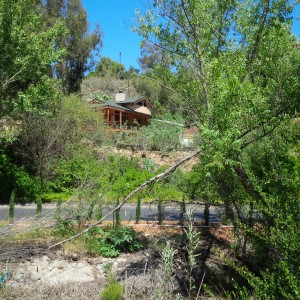 Until three weeks ago the only voices weighing in were from those groups. And it’s understandable that they don’t want to share. But mid July we attended the OCTA Board Meeting and spoke in defense of the Class 1 trail, which is part of that agency’s Master Plan of Commuter Bikeways. Supervisor Todd Spitzer seemed surprised that anyone would choose that time and place to defend county plans to connect the Mountains to the Sea Trail, but there we were. 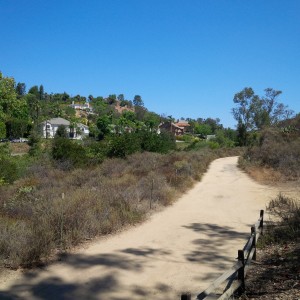 Plenty of room for a Class 1 trail separated from pedestrians and equestrians, and screened by vegetation.

As a result on July 28 a small delegation representing voters and park users from outside this community got 40 minutes from Supervisor Todd Spitzer’s Policy Advisor, Carrie O’Malley. Bruce Bauer, attorney representing the “Heart of OC” bicycle loop, OCBC Board Member Brian Cox, and well known transportation advocate, Brenda Miller made a rational case for promoting non-motorized transportation alternatives, the value of connectivity to existing segments of the Peters Canyon Trail, and equity and access for diverse user groups of our Regional Parks.

Will it impress the Supervisor? Time will tell, but we are at last being heard. At this point that’s progress, indeed.